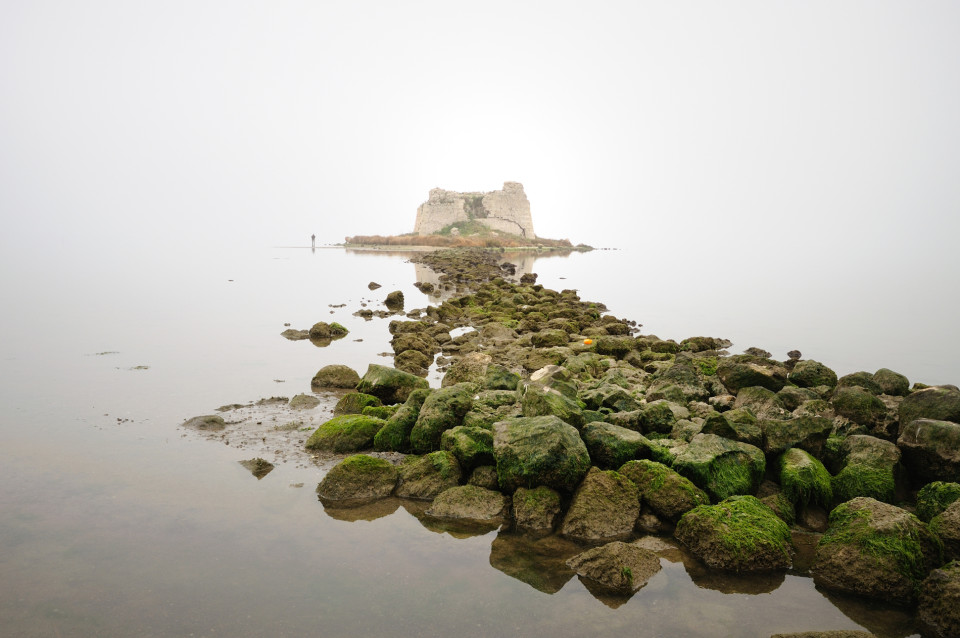 Photos submitted of Catalonia have different possibilities of awards at different
levels. Besides the common European and Spanish levels, they have entered
in the special award for Pyrenees-Mediterranean, as one of the four
constituent regions, and they opt to two local prices offered by
two Catalan institutions. As a result, the participation in Catalonia has been notable with
more than 8,000 submissions by more than 200 participants.

First local winner is Manel Pons with a photo of the Tower of Sant Joan at Amposta. It
is a coastal defensive tower which is currently located offshore in the Natural Park of
Delta de l’Ebre. The fog and the perspective of the image show this singular situation
standing out in the foreground the rock embankment access. A fisherman at the foot of
the tower gives an idea of the depth of the image.

Second local winner is Amador Alvarez with a far view of the rests of Castle of
Castellbell, literally ‘beautiful castle’. The image reflects the strategic position of the
castle in a cliff above a bend of river Llobregat in the heart of Catalonia with the profile
of Montserrat in the background.

A wide selection of photographs submitted for Wiki Loves Monuments will be added
to the Architectonic Heritage Inventory of Catalonia to improve their information on
cultural heritage monuments. (blog post by Vicenç Riullup)

Tower of Sant Joan at Amposta, by Manel Pons Castle of Castellbell, by Amador Alvarez