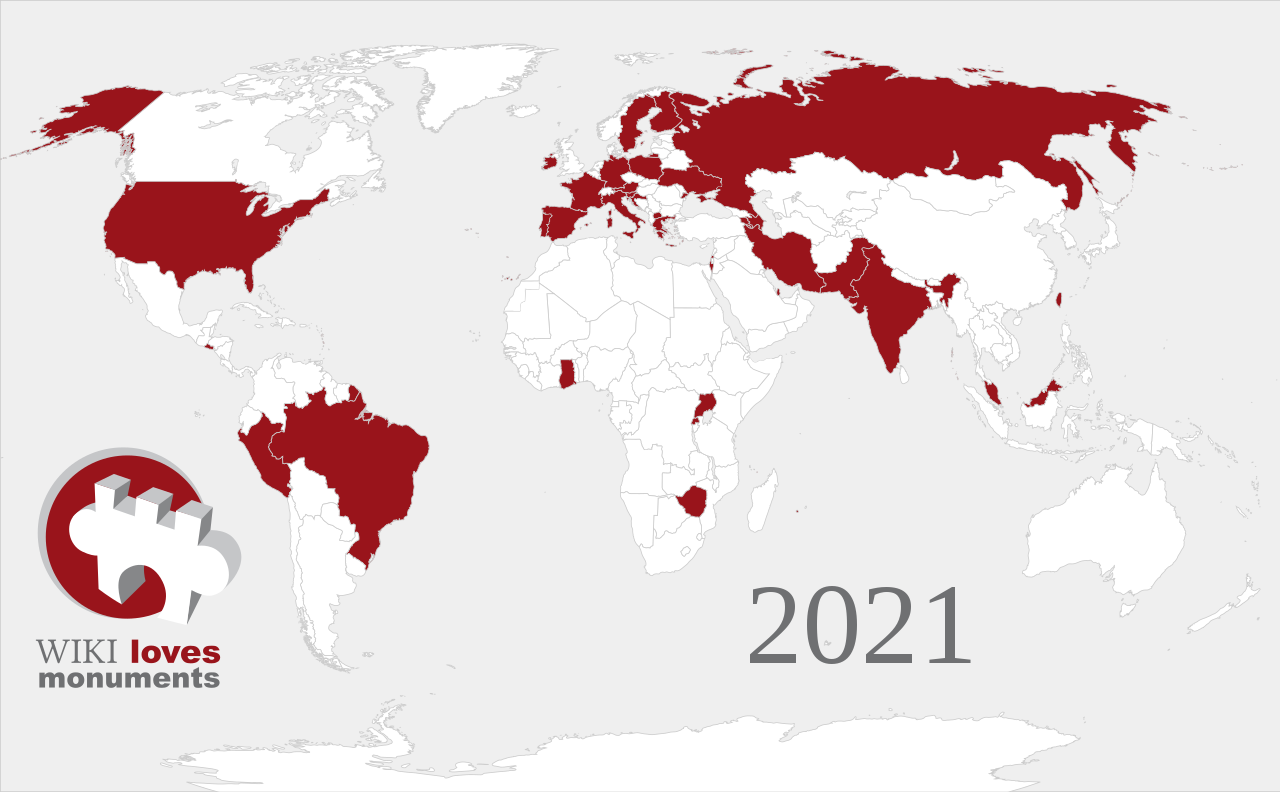 Participate in Wiki Loves Monuments, the largest photography competition in the world, and help Wikipedia document monuments and heritage buildings. The only thing you have to do for that is to upload a freely-licensed image of a monument in one of the participating countries to Wikimedia Commons.

Wiki Loves Monuments is running in more than 30 countries around the world in 2021 (unless mentioned otherwise). Every country organizes the competition over a one-month period between 1 September and 31 October, with its own monuments, organisation, partners and awards – and the ten best photos for each country will be submitted to the international finale. By entering a national competition, you automatically compete in the international competition.

Click on one of the country names below to go to the local competition page and start your upload process from there.

While we maintain a more up to date overview in Wikimedia Commons (click on the country name), we have conveniently put together the competition pages of participating national competitions below:

The #WikiLovesMonuments International Team would like to invite you to an office hour.
This time, the primary topic will will focus on accessibility and disparity of resources and other such issues that hinder inclusivity and diversity in WLM.
Sign up : https://commons.wikimedia.org/wiki/Commons:Wiki_Loves_Monuments_2022/Office_hour