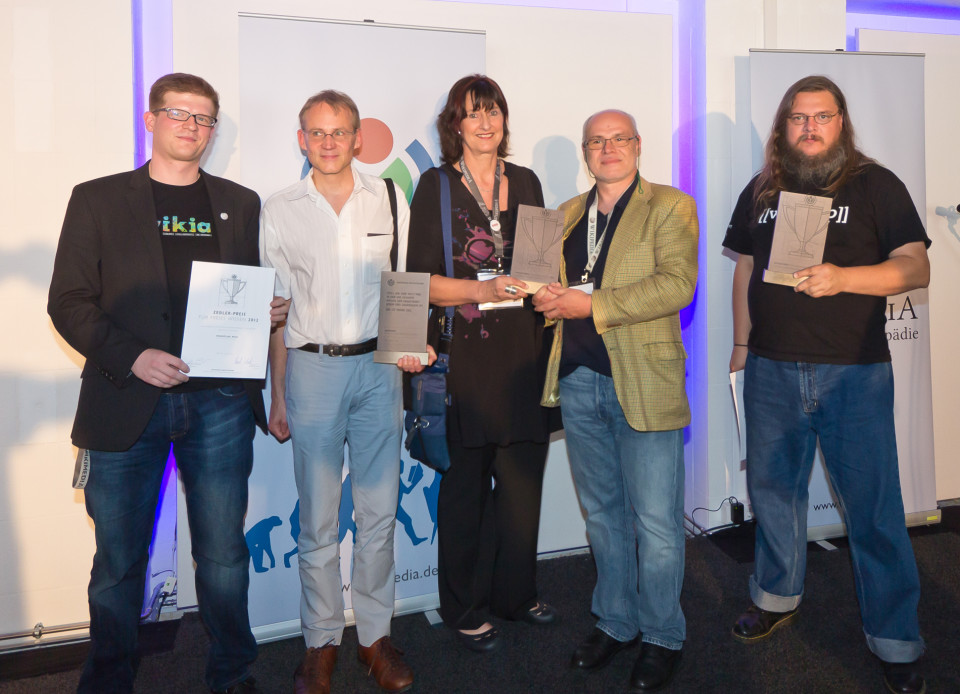 Today the cultural heritage project from Austria was awarded with the Zedler prize – the award for the best Open Knowledge project of 2011. In the context of Wiki Loves Monuments, the Austrian community managed to organize an outstanding cooperation with the Bundesdenkmalamt (BDA), their national heritage authority, that lead to well-structured and maintainable monuments lists. Not only a  perfect basis for a successful Wiki Loves Monuments contest in Austria 2011, but also sustainable for the future of the data both for Wikipedia and the BDA.

A visible sign for vivid cooperation between Wikipedia and the BDA appeared with them on the red carpet in Berlin: Dr. Renate Holzschuh-Hofer as a representative of the BDA travelled  to Berlin to receive the prize together with the Wikipedians and described the project as a „win-win situation“ both for her institution and Wikipedia – but most of all for the preservation and documentation of our Cultural Heritage:

“The BDA was happy to count on the tremendous enthusiasm and motivation of the Austrian Wikipedians. Without their volunteering the BDA would not have been able to master its challenge to protect our common cultural heritage so thoroughly and sustainable. We have experienced: open access does give the best results.“

For the attending Wiki Loves Monuments enthusiasts in the audience, the remarks of User:Geiserich, one of the awarded team members, were almost as inspiring as the above words, and we would like to share them with all of you. He described his approach to such a project with good old Wikipedia traditions: just start it, people and success will follow. No long discussions about setting up projects, but – as we understood him: be bold! Awarded project enthusiasts and their representatives for the three categories. Austria in the middle. (Image: Raimond Spekking, CC-BY-SA 3.0)

The Zedler Prize for open knowledge, founded by Wikimedia Deutschland e.V. was named after Johann Heinrich Zedler, a German encyclopedist from the 18th century.  A Jury of external experts, academics and Wikipedia community members selected a shortlist of 15 from 117 nominated projects and articles in three categories, and finally awarded one article, one internal Wikipedia project and one external knowledge project of the year.