In 2016 Nigeria participated in Wiki Loves Monuments for the first time. The local organizing team decided to arrange field trips for participants to visit and document monuments in Nigeria. One of these monuments was Ilojo Bar aka Olaiya House or Casa do Fernandez. Little did they know that their visit would be the last time they would see this monument, which was sadly demolished only a few days after WLM volunteers’ visit. Olushola Olaniyan, one of WLM Nigeria organizers, tells us more about this monument, its significance and the heartbreaking story behind its demolition.

This is the story of a struggle between preserving heritage and economic development. 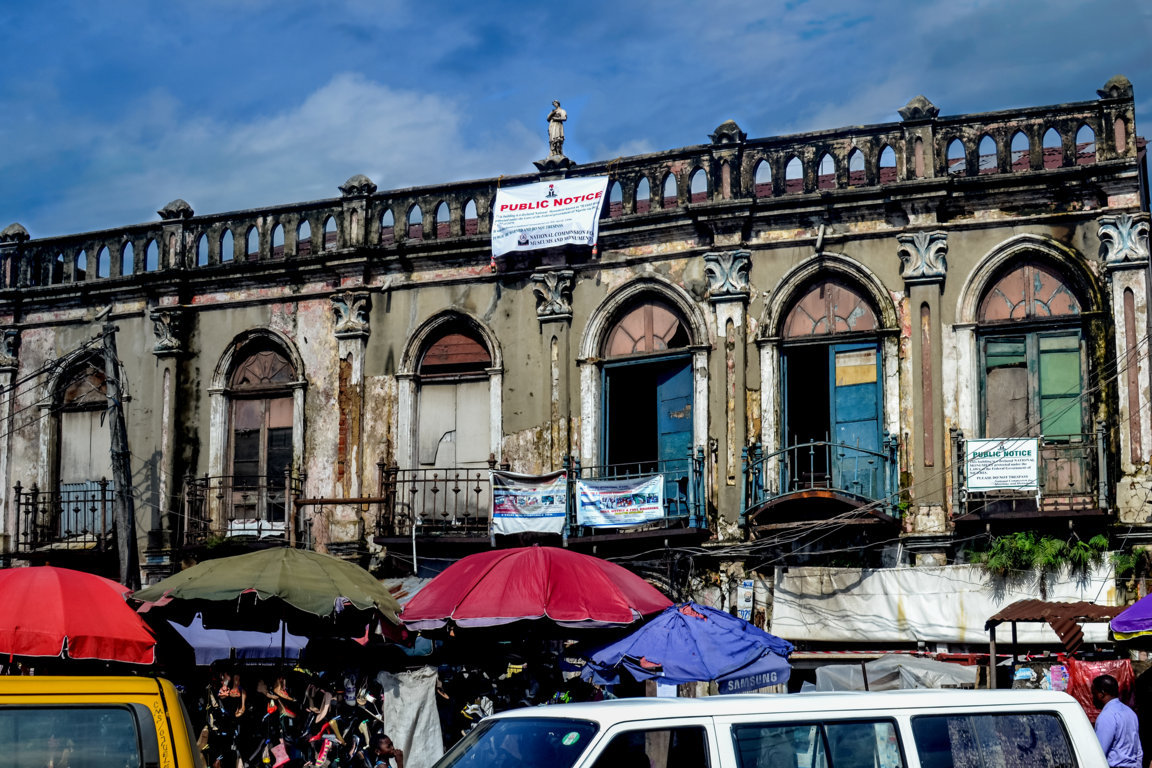 Ilojo Bar in Nigeria, prior to its demolition, (Yeniajayiii, CC BY-SA 4.0)

The Demolition of Ilojo Bar

We woke up early in the morning on Sunday, September 11th 2016 to the devastating news of the demolition of Ilojo Bar, popularly called “Olaiya House” or “Casa do Fernandez,” a monument built at the center of Lagos Island near the famous Tinubu Square. The place was originally built by Fernandez family specifically in the form of a bar and restaurant as a platform for entertainment and relaxation. In 1930s, it was sold to the Olaiya family until In 1956, it was declared a national monument by National Commission for Museum and Monuments (NCMM), which is the entity overseeing classification and declaration of national monuments in Nigeria. So far, NCMM has declared sixty four monuments (Ilojo bar being among them), two world heritage sites and one hundred proposed monuments.

Until its demolition, Ilojo Bar was the only surviving building with Brazilian architecture in Lagos. According to historians, the structure was built in 1855 by African slaves returning home from South America, many of whom were skilled in construction and craftsmanship. At the time, the building was considered a masterpiece.

The participation of Wikimedia UG Nigeria’s team (WUGN) in the Wiki Loves Monument 2016 documented, albeit partially, the heartbreaking situation by the collective effort of the volunteers who visited the scene (before the demolition), snapped several pictures of the monument and made them freely available on Wikimedia Commons. Little did they realize that the demolition was at hand.

2016 was the first year Wikimedia UG Nigeria participated in the WLM. As part of the nationwide campaign, the team comprising Wikimedia enthusiasts and professional photographers embarked on a 5-day trip to 33 out of the 64 declared monuments in south west of Nigeria. Initially, the visit was not welcomed by residents around the structure who mistook us for government officials who were planning to evict them from the building. We were quizzed and held for several hours before being allowed to move around the structure to carry out our mission. Three days after our visit to the monument, we received the shocking news of the demolition of the building, which we couldn’t believe until we saw the news in official media. 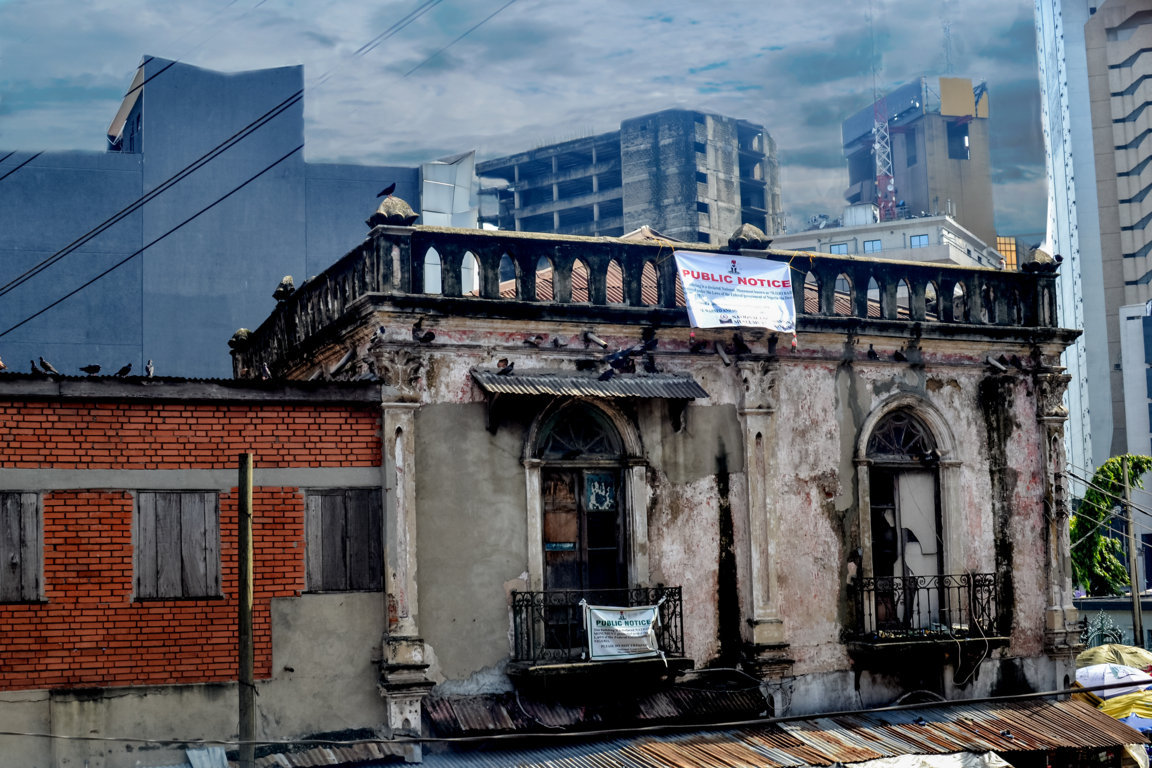 Ilojo Bar in Nigeria, prior to its demolition, (Yeniajayiii, CC BY-SA 4.0)

There are mixed views about the demolition of Ilojo Bar among the Nigerian population. Some people believe the move was motivated by commercial interests while others blame NCMM’s negligence and its failure in taking care of the building for its eventual demise. According to The Nation newspaper, the family who owned the building said that the building had developed noticeable cracks on the walls and its roof was falling off and despite their efforts to contact several organizations and entities in charge of heritage preservation and even then-president Goodluck Jonathan, they never heard back from any of them. According to the family lawyer, the Lagos State government issued contravention notices on the property and the demolition of Ilojo Bar was done with the express order, instruction and approval of the Lagos State Government in accordance with its statutory duties and for the protection of lives and property.

Contrary to this position, the NCMM director felt the demolition was not done with proper approval. The Bell Naija reported the director general of NCMM saying: “NCMM has been maintaining, promoting and preserving the monument with members of the Olaiya Family, Lagos State government and other stakeholders both local and international. The threat to this historic building has been unfolding for some time due to rising commercial interest in view of its strategic location. In October last year, a member of the family wrote to the Commission saying that one of them was trying to engage a private developer to demolish the monument and clear the place for commercial development.” In response to this claim, a meeting was called with the family members through which it was agreed that the monument should remain intact while the family submit their complaints through the appropriate official channel but nothing was heard from them since then.

A later threat to demolish the monument came on July 2, 2016, when a developer in collusion with certain members of the family mobilized a bulldozer and some armed men with the intent to demolish the structure. NCMM was notified about the move and quickly mobilized the Lagos museum staff and Lagos State government officials, who accosted the group and halted the attempt. After a while, another attempt was made by the developer, only to be rebuffed again. On August 16, 2016 a stakeholders’ meeting was convened by the NCMM  at the National Museum. During the meeting, it was agreed that steps must be taken to safeguard the monument from any future threats. To great surprise, however, on August 27, 2016, the same developer again mobilized his bulldozer and damaged a portion of the building. A petition was written and submitted to the Nigerian police, requesting the arrest and prosecution of the culprits but the police did not find the matter serious enough to detain or prosecute them.

Despite all the efforts of patriotic individuals and government agencies, on the eve of Eid-el Kabir (September 11, 2016), the developer sneaked in with his instrument of destruction and demolished the Ilojo Bar. This sad event was a critical turning point in the history of heritage management in Nigeria. The shocking way the action was carried out, without any shame and embarrassment, is a source of serious concern for the NCMM as protectors of heritage and for all responsible Nigerians who love history and culture. The action is not only criminal, but it has robbed us of an important heritage resource that helped defines us as people and assist our understanding of our past and our projection of the future.

The demolition destroyed a masterpiece and the only surviving Brazilian house in Lagos with its attractive arches and fine iron works as statue, described as being “Gothic in style and balustrade reminiscent of a Venetian palace”. It has done great injustice to the credit of African craftsmanship which has exerted great influence on Yoruba architecture that is today visible in all parts of Yoruba land.

Indeed, the demolition eliminated tangible evidence of social and cultural impact of the transatlantic slave trade and its abolition. It wiped away an outstanding source of memory and history of freed slaves and their roles and impact in the evolution and development of cosmopolitan urban Lagos. At the same time, it destroyed one of the outstanding symbolic evidence of cultural ties between Nigeria and Black diaspora in general and Brazil in particular.

This dastardly act distorted the eminent position of Lagos in colonial history as center where returnee slaves from Brazil built houses in the new architectural fashion when Lagos was created as a colony, thus impoverishing Lagos of its rich architectural urban history and undermining its acclaimed status as center of excellence.

Despite the demolition, NCMM is still trying hard to bring back Ilojo bar. In line with the powers and responsibilities conferred on it by NCMM Act, Cap N19, Laws of the federal republic of Nigeria 2004, the NCMM will try to ensure that criminal action is brought on the culprits as well as demand full compensation for the demolished monument. It will be reconstructed and fully restored according to professional restoration standards. We wish to assure all Nigerians that the Ilojo Bar will be restored as it is a fully documented National Monument with an up-to-date and comprehensive documentation of its architectural history and design details. In the meantime, the site of the monument being an integral heritage space is being explored for rescue archaeology and heritage impact assessment.

We call on all well-meaning Nigerians to join the National Commission for Museums and Monument in saving, protecting and maintaining our national heritage resources” the narrative ended.